Lenders continue to discount their terms as mortgage rates eased slightly lower Friday — and a new report says the U.S. housing market recorded its fastest sales pace on record in May.

Meanwhile, the typical home went under contract in 42 days last month — the fastest pace on record, according to real estate brokerage Redfin.

“After almost a decade of undersupplied housing stock, competition is fierce,” said Redfin chief economist Nela Richardson. “What’s new in 2016 is that we’re seeing the intensity of fast sales and bidding wars even in affordable markets like Grand Rapids and Omaha, where the typical home sold within two weeks last month.”

The typical home went under contract in just 42 days, a week faster than a year ago, and the lowest median days on the market since 2009 when Redfin began keeping such records.

Lock or float your mortgage rate?

Barring a global economic surprise, such as Britain voting to leave the European Union in next week’s referendum, economists generally believe mortgage rates will remain low in the near term.

As always, any decision to lock a mortgage rate should be based on the borrowers’ risk tolerance and their short- and long-term goals.

NerdWallet daily mortgage rates are an average of the lowest published APR for each loan term offered by a sampling of major national lenders. Annual percentage rate quotes reflect an interest rate plus points, fees and other expenses, providing a more accurate view of the costs a borrower might pay.

Hal Bundrick is a staff writer at NerdWallet, a personal finance website.

Get A Free Rental Analysis

Call or text us at (786) 901-7959 during business hours.We guarantee that a team member will be on the other end to answer any questions you may have. 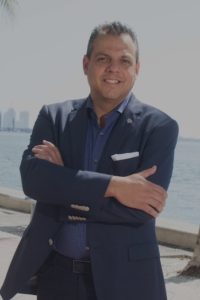 With over 12 years’ experience in luxury retail management, Albert brought his acumen for exceptional customer service and unwavering integrity into the world of real estate over a decade ago. In that period, Albert has handled over 1000 transaction sides with superb results. Results not measured in quantity or dollar amounts but in the satisfaction each customer had by their experience. The bottom line is that no matter how large or small the property is, Albert treats each customer’s decision as the most important in a person’s life!

Originally from Silver Spring Maryland, Albert relocated to Miami Beach as a teenager in 1983 where he witnessed the incredible transformation of this great city. He developed his business based on the core values and business ethics taught to him at a young age – integrity, honesty, being a great communicator. These qualities coupled with having in-depth community and market knowledge, providing cutting edge marketing and the latest technologies and being an effective negotiator is a critical skill set in being both an excellent real estate professional and mentor for his agents. “I have a passion for helping agents help people…our clients know that they can count on us for an honest, thoughtful analysis on the market, local property values and trends, educating them on our neighborhoods and helping them navigate through the complex buying and selling process. I believe my greatest contribution to them is to be their trusted mentor and advisor. 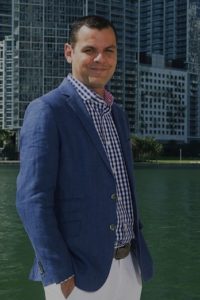 George Zamora is a real estate veteran who began his real estate career in 1995. Since the start of his career George has managed, leased or sold thousands of properties. He has worked with a wide spectrum of customers and properties ranging from customers needing to lease properties through public assistance to celebrities and investors purchasing multimillion dollar real estate. The media has interviewed and quoted George various times about property management. It’s this diversity that has provided George with a very unique perspective and skill in real estate and makes him a sought after advisor and professional.

George was born in Washington D.C. but grew up in Miami Beach. He currently lives in the Village of El Portal with his wife and two children. 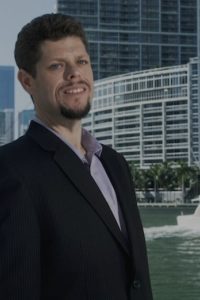 Jason Schoenholtz obtained his real estate license in 1997 beginning his career in real estate. In 2000 Jason became a Licensed Community Association Manager gaining experience over the years which would include running the property management division for a Miami Beach based company and growing that division from fifteen properties to over one hundred properties. In 2015 Jason opened Trident Real Estate with other experienced real estate professionals to best provide his clients personal attention and access to innovative technology. Jason believes in giving his clients the services that best suits their needs as well as providing access to the industry’s most cutting edge technology of which has the ability to enhance customer service by keeping owners and board members involved and connected to their properties. It also helps create a synergy between client and manager as well as providing the transparency clients deserve.

Jason is a third generation Miami native and a fifth generation real estate broker. Jason learned about managing properties as a young man by working alongside his mother and grandparents who owned and operated several hotels on Miami Beach. While working various positions at these properties Jason came to appreciate his family’s high standards of customer service and the importance of a strong work ethic. He later learned the skills necessary to become a successful real estate broker by working alongside his mother who practiced real estate in the Miami area for over 25 years. Jason and his team keep open communication with clients and implement the best technology available to provide the highest level of service. To Jason excellent customer service is not only a philosophy it’s a way of life. 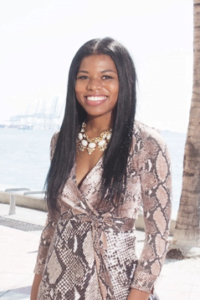 Over the years, between working as a legal secretary for attorneys and as a sales associate for various retail companies, Tratasha “Tasha” McCloud has acquired quality skills and also the knowledge to properly handle customer needs. Furthermore, as a native to Miami, Florida she is intimately familiar with the vast landscape of this great city. As a result, she pursued her career as a Real Estate Professional by obtaining her license as a Real Estate Sale Associate and Community Association Manger (CAM).

In Addition, she is currently a student at Florida International University (FIU) majoring in Interdisciplinary Studies with concentration in Marketing. Needless to say, Tratasha is an asset to those who are in need of a caring reliable realtor.